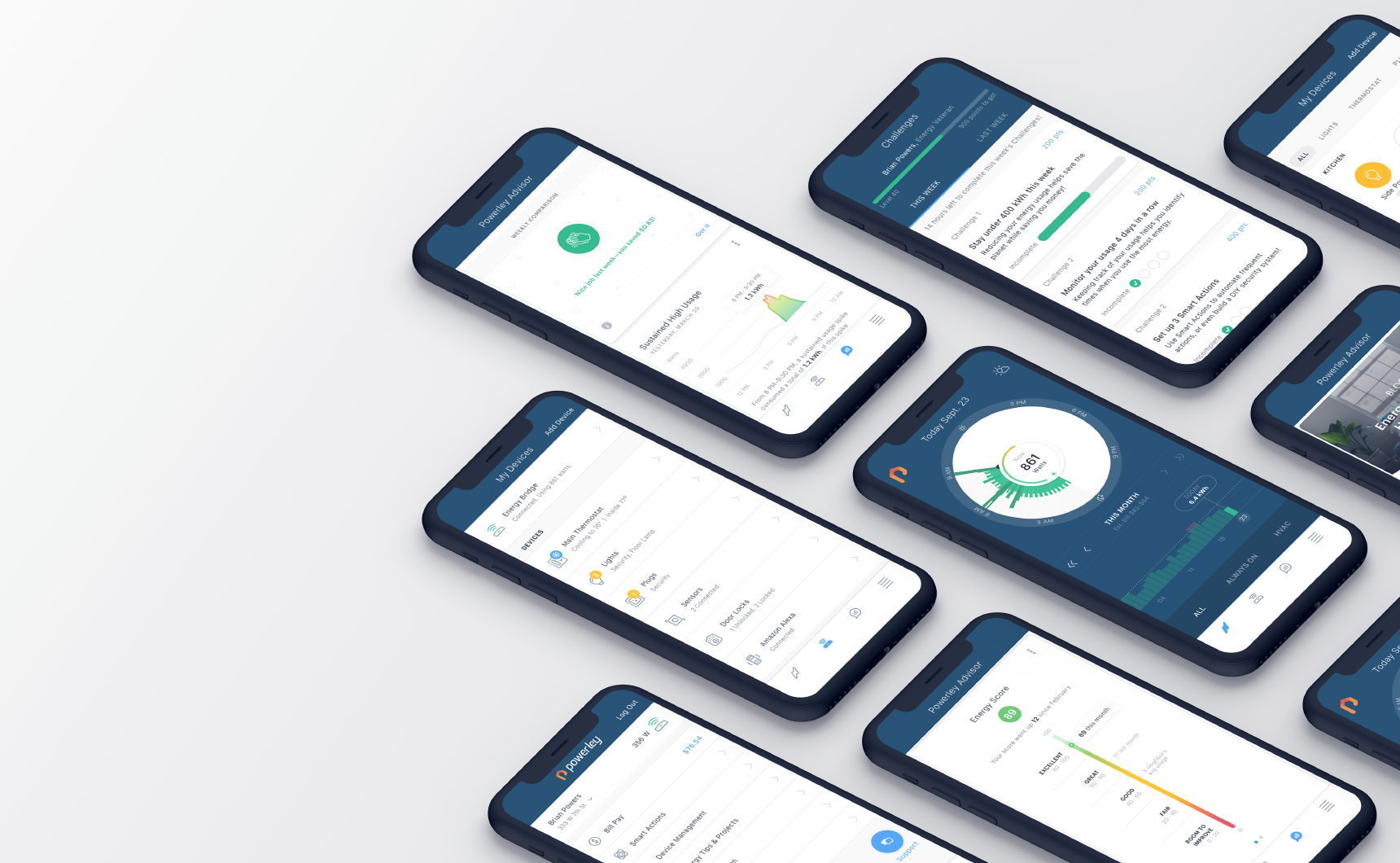 Engaging customers with their energy consumption has always been a challenge. While customers often ask for tools and services that can help them save energy and money, the difficulty of using these tools can often leave many customers confused, disengaged, and frustrated. Over the past decade, utilities have piloted dozens of new technologies and services that promise sustained energy engagement. But no platform or service has really transformed the way customer interact with their energy or their utility. They all seem to fizzle out.

In February of 2012, DTE Energy had just finished closing out an optimistic pilot with GE’s Nucleus product, an In-Home Display (IHD) that didn’t deliver all the results that were anticipated. Yet with DTE’s newly deployed AMI infrastructure, they were still looking for a way to get more out of this investment. It was in this moment DTE Energy turned to Powerley (previously part of Vectorform LLC) to build, from the ground up, a completely new platform that would begin to transform how customers relate and interact with their energy consumption.

In order to not fall into the sea of other failed pilots, Powerley needed to understand exactly what went wrong with trying to engage customers in the past. What caused users to be confused by the data they were seeing? Why did they become less engaged over time? Why was using these tools so difficult?

Powerley spent over 2 years researching this topic with a user-centered-design (UCD) approach and we found that most of the failed platforms provided users with far too much friction. This friction ranged from how the data is presented (making the user do most of the work to figure it out), complicated device setup, or simply too many hoops to jump through to join. The most successful product experiences for users are ones that remove as much friction as possible and provide the highest value. This became the first design principles for Powerley’s new platform.

Raising the standard of energy visualization with an engaging UI

Starting off, we (the designers at Powerley) began to design user interface prototypes to effectively show consumers their real-time energy consumption. At the time, there were some simple versions of energy visualization sold directly to customers. These designs utilized a horizontal graph approach to displaying customer energy consumption. This was found to be confusing and deterred engagement. Additionally, these early concepts were not designed to be viewed on mobile devices

Putting ourselves in the customer’s shoes, we thought about how they associate energy with their daily lives. We found that energy consumption was most clearly understood when displayed in association with a time of day. This was the beginning of the development of the 24 Hour Energy Clock.

After spending over a year refining the design of the 24 Hour Energy Clock and running several small pilots with DTE, a single conclusion was reached – in order to drive adoption and create the engaging UI experience we were striving for, Powerley would need to develop its own hardware. As the market stood, the hardware available was too expensive for the average consumer. The available products were difficult to install, didn’t offer true real-time energy visualization and had problematic privacy protocols that could compromise customer information.

Out of this realization came the development of the Powerley Energy Bridge – a custom device that was easy for DTE customers to install and provided real-time energy visualization every three seconds. This was the industry’s first auto-bind solution which paired with consumers meters through just the tap of a button and didn’t require any complicated MAC addresses or install codes.

By combining an app that had an engaging UI and offering easy to use hardware, customer engagement with DTE soared. However, even with that combination, we noticed after about 4 months that engagement started to decrease, and customers weren’t coming back to the app as frequently. By this time, they knew their average consumption, so what was left for them to do? In response to this drop in usage, Powerley designed and deployed an engagement system that gamified energy monitoring within the app. This brought customers back to the app on a daily and weekly basis, with weekly challenges that were rewarded through the building of a digital avatar. Overall, DTE had astonishing results, boosting 72x greater customer engagement per month.

The next level of energy engagement – An energy-driven smart home

After fully launching with DTE and driving the installation of Energy Bridges in over 60,000 homes, consumers started providing their feedback. Customers liked that they could use the app to see if they left the lights, coffeemakers, or other appliances on, but they didn’t understand why they couldn’t use the app to turn those devices on or off.

With that feedback, Powerley kicked off development and deployment of an energy-driven smart home solution – a full home energy management system. This would bridge the gap between the smart home and smart grid to allow consumers to visualize, monitor and manage their smart home and energy all within a single application. A feat that would create the first truly energy smart, smart home, delivered by a utility.

Tune in next month to continue exploring the development of the UI for the energy-driven smart home.